This is the oldest vintage of Domaine de Baraillon!

That’s right, this is much older than any Chinese Billionaire’s oldest genuine Macallan. Emphasis on ‘genuine’. Now I’m not sure whether this jewel was still lying in wood or if it had been transferred into demi-johns, but what’s sure is that it’s extremely old. It was only bottled in February this year, without any sorts of crystal involved, any kind of bling or fanfare, or any deafening PR. And, apparently, at a very fair price.

Nose: do we believe in miracles? Look, if this was not coming from some impeccably trustworthy source, we could believe it’s from a fake bottle, refilled with much younger – albeit brilliant – Armagnac. It’s not even very ranciotty, rather full of preserved fruits, chiefly peaches and melons, as usual, then apricots, mirabelles and pears. A second layer would rather involve several honeys and meads, and various jams and jellies (and milk jam), while a third one would display many herbs and flowers, dandelions, wisteria, jasmine, buddleia… Also several kinds of small fresh and dried figs. What’s really striking is that while its very complex spirit, it’s never fragile, never tired, and never disjointed. 1900, imagine! After ten minutes, becomes a tad reminiscent of old red Burgundy, with a mushroomy/game-y side.

Mouth: seriously! What’s rather reassuring is that you do feel it went over the top quite some time ago already, so that’s it’s definitely very old. Notes of strong black tea, raw cocoa and Gauloise-type brown tobacco give it away, but it would never hunker down on your palate, while some awesome small berries start to occupy the center of the stage. Blackberries, blueberries… I’m also finding some old rancio this time, toffee, chestnut honey, walnut wine, and more tobacco. Tends to become rather drying, but the contrary would have been suspicious, if you ask me.

Finish: rather long, incredibly fresh and floral. Some very old sherries (not brandies de Jerez) can be a bit like this. I especially remember some ultra-old Palo Cortados by Barbadillo. A lot of coffee and chocolate in the aftertaste, not to mention pinesap, which is not uncommon in very old brandies.

Comments: I find it a little vulgar to dare scoring this piece of art. I am a little embarrassed about this, please do not hold it against me (oh, let’s cut the act, S.)... 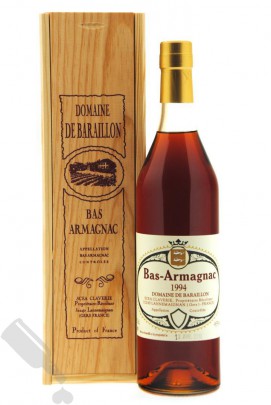